UPDATE: Both workers have now tested negative in follow-up tests.

The £75m project to resurface runways at RAF Lossiemouth has been suspended after two workers tested positive for Covid-19.

It’s believed two members of staff employed by contractor Volker Fitzpatrick have contracted the virus. The employees self-isolated to await the results of further tests.

A report in the Aberdeen Press & Journal said concerns have persisted in recent months about more than 100 staff travelling to the job each week from England and the south of Scotland. It said work vehicles from Hampshire, Leicester and the Midlands have been spotted in Lossiemouth. 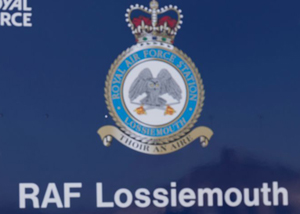 It is understood workers have been staying in accommodation in the town as well as in communities from Fochabers to Nairn.

The report said the Ministry of Defence had insisted the scheme was vital when it was previously asked to explain why work was continuing during lockdown.

Moray MSP Richard Lochhead described the positive tests as a “wake-up call” and said the MoD had to be persuaded to take action to address the community’s concerns about contractors travelling to Lossiemouth.

Galliford Try is due to start work at the RAF base in the coming months on a £20m contract to refurbish a hangar and construct technical and storage facilities.