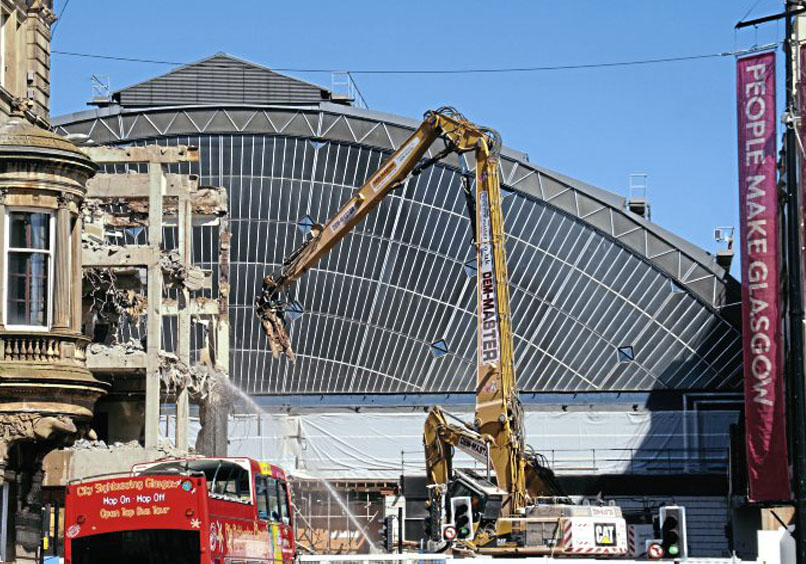 More than 95% of the demolition material produced during the £120m redevelopment of Glasgow’s Queen Street station has been recycled, with thousands of tonnes being used on housing and road building projects in the city.

Around 14,000 tonnes of redundant material have been removed, although amounts of brick and concrete have been crushed and re-used as part of the base layer for the new station. The only materials not considered for recycling were those containing hazardous substances such as asbestos.

Queen Street is being rebuilt to accommodate longer, greener electric trains and Dem-Master was appointed for the phased asbestos removal and structural demolition on the Network Rail scheme. “As a team we had to work to an extremely challenging integrated programme which involved working above and around the third busiest train station in Scotland, which approximately 47,000 people access and egress daily,” said a Dem-Master spokesman.

The station and its access to George Square, Queen Street low level trains and the subway system remained open at all times. The main focal point of the demolition, which formed the south-west corner of the station, was a multi-storey office building and its annexe extension at the junction of West George Street and Dundas Street. Because of the constantly evolving station environment, flexibility in working sequence and methodology was essential to maintain the continuity of work and to remain on programme. 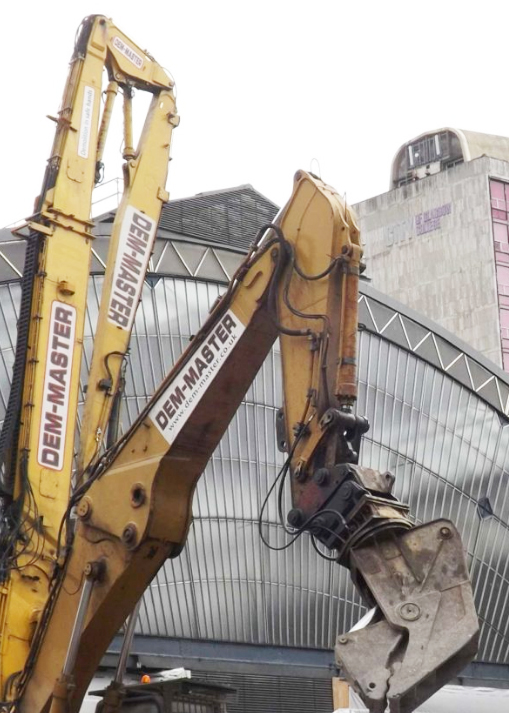 “The project had an extensive library of methodology and risk assessments, said Dem-Master. “Each operation on site had to be pre-planned and for this reason the appropriate method and associated risks had to be selected and inserted for that week or day’s operation. This meant that it was essential that we had project managers full time on site adjusting and amending the constant flow of information between Dem-Master and our clients.”

Such a continuous approval process had to be sustained throughout the project. As any important changes occurred on site, the written plan then had to be amended accordingly.

Measures to ensure the safety of the public included deconstruction with full height access scaffold and a shrink wrap enclosure while noise and vibration were monitored continuously. The adjacent Millennium Hotel extension was ‘divorced’ by hand in advance of machine demolition operations. 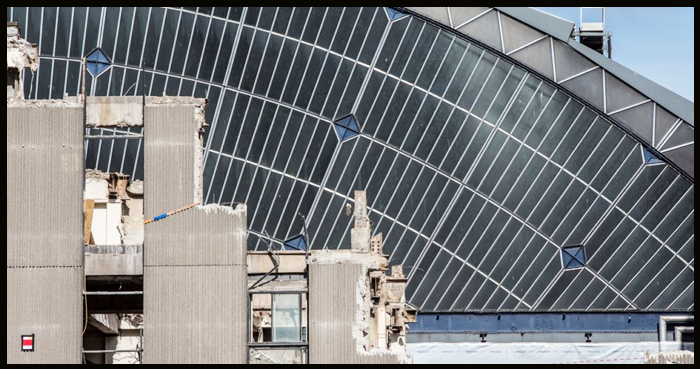 Tommy McPake, Network Rail’s programme manager for Queen Street, said: “Demolishing the redundant building in the heart of Glasgow city centre, and without closing the station, was extremely challenging for the project team.”

The Scottish Government-funded redevelopment will be completed in 2020. A new glass-fronted concourse, almost double the size of the existing space, is being built to accommodate predicted increases in passenger numbers, and platforms two to five are being extended out towards George Square, taking up most of the space covered by the train shed roof.