Two of Scotland’s biggest plant hirers have invested a total of £8.5m in their JCB fleets.

Falkirk firm Lomond Plant Hire has spent £6m on a package  including some of the first new generation midi excavators to come off the production line while Ayrshire’s Blackwood Plant Hire have taken on 35 machines at a cost of £2.5m to strengthen its fleet to tackle a series of major projects. 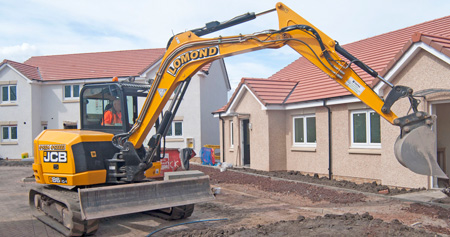 Lomond has taken more than 100 machines, almost half of which are new 85Z-1 and 86C-1 midis. It’s among the first companies to buy the models which were launched to the UK market in September. Also included in the deal are tracked and wheeled excavators, minis, Loadall telehandlers, backhoe loaders and tandem rollers. A high proportion of the kit will be used to stock a new depot on Merseyside.

Joint managing director Ross Easton said: “The feedback on the new midi excavators in particular has been exceptional. One customer believes he is saving as much as 40% in fuel, getting up to four days work out of a full tank.”

The Blackwood order covers 35 machines including 13-36 tonne tracked excavators, 3CX backhoe loaders, articulated dump trucks and Loadall telehandlers that will join a fleet of more than 200 machines, around 60% of which is JCB. A number of the new deliveries are already working on J Murphy & Son’s gas pipeline installation on the M8 in Glasgow. 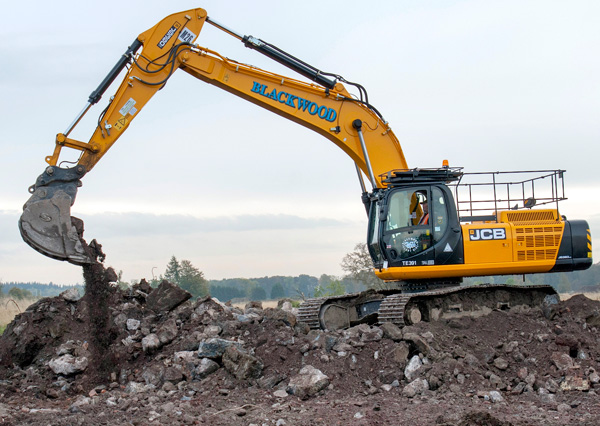 Around 60% of Blackwood’s fleet is JCB.

The Kilmarnock hirer has spent heavily on JCB kit in the past 12 months and sales director Paul McCormack had praise for the back-up from dealer Scot-JCB during that time. “We have purchased nearly 80 new items of plant from them in this time with more to come. The support we receive from their depots and sales staff is second to none.”

He also had praise for the JCB LiveLink fleet management system that allows the company to keep tabs on service requirements. “In addition, it provides the ability to monitor machine activity with alerts flagging up when a machine has been off hired or stood down – enabling us to check if the customer is actually operating the machine.”