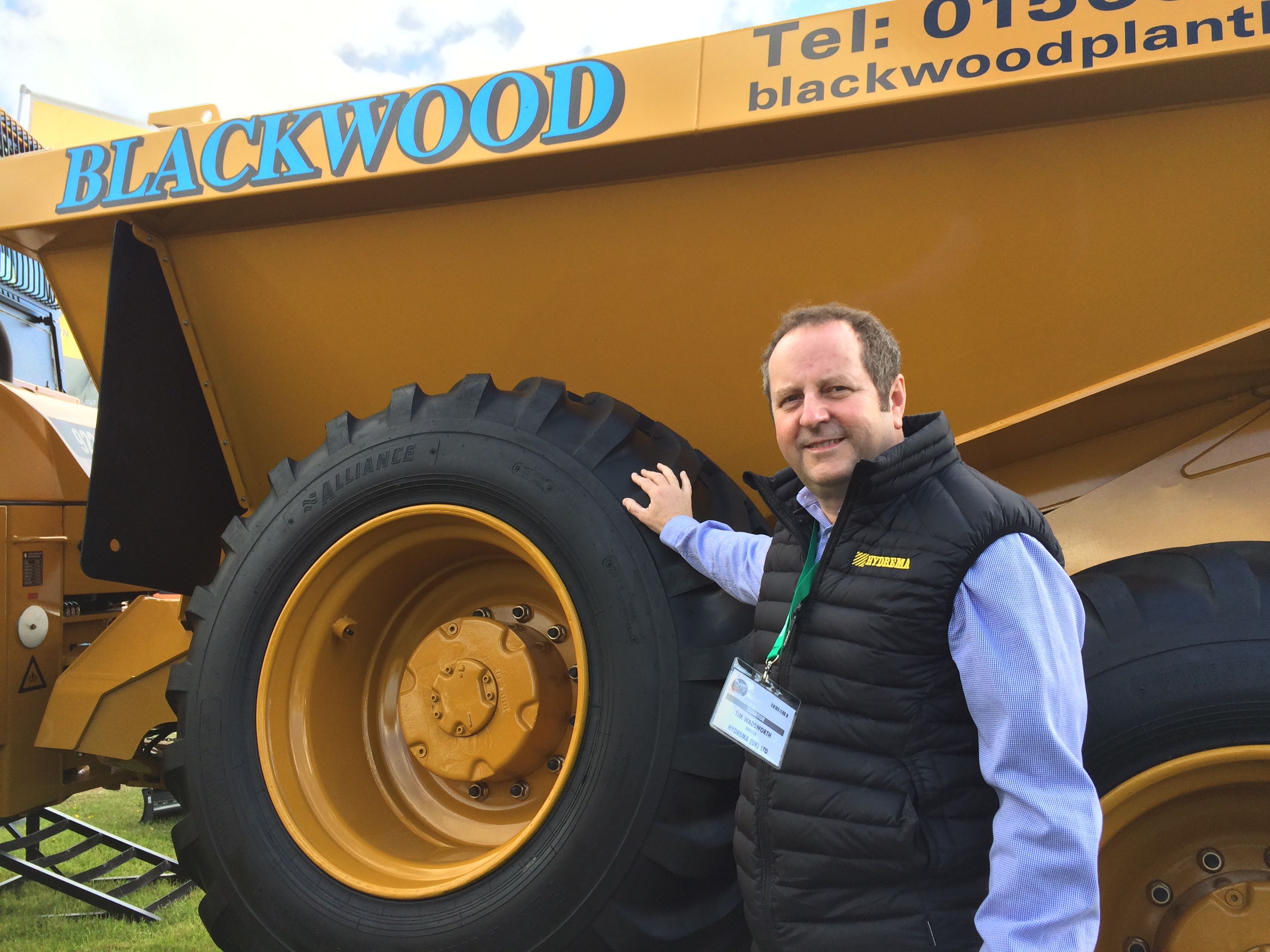 Tim Wadsworth at Plantworx with a truck bound for Blackwood Plant Hire.

EXCLUSIVE Scot-JCB has withdrawn from a deal to distribute Hydrema dumptrucks in Scotland. The news comes just days after the tie-up had been revealed.

In a brief statement today (Thursday) a Scot-JCB spokesman told Scottish Plant: “We have decided after all not to pursue the opportunities with the Hydrema range of dump trucks in Scotland. In the current climate it was felt that maximum focus needs to be given to our existing product ranges.”

Less than a week earlier Hydrema UK sales director Tim Wadsworth had told Scottish Plant: “We are absolutely delighted that a company with the reputation of Scot-JCB will be representing us in Scotland. We have carried out initial sales training and the Scot-JCB sales team seem really enthusiastic to be selling Hydrema.”

Ayrshire-based Blackwood Plant Hire is Hydrema’s biggest customer in Scotland, with a fleet of a dozen 922 models, nine of which have been bought in the last year. It is also a major customer for JCB equipment, running excavators from 3-36 tonnes, backhoe loaders and telehandlers.