Reaching up at Red Road 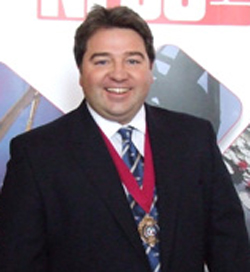 Sinclair: “We will proceed with our original plan. . . “

Safedem boss William Sinclair has confirmed that high-reach equipment will begin taking down the final remains of Glasgow’s Red Road flats in the next few days.

Two of the six structures failed to collapse as planned in Sunday’s blowdown and Sinclair commented: “Instead of 10 storeys remaining in all of the blocks, we now have 13 still standing at Red Road Court and 11 at Petershill Drive.

“However, we will proceed with our original plan of dismantling all of the blocks using routine machine demolition methods. Preparations for this are already underway and high-reach machinery will begin taking down what’s left of the blocks this week.”

Glasgow Housing Association (GHA) confirmed an independent technical review was being carried and apologised again to the 2,500 residents who faced delays returning to their homes.

A spokesman added: “The blowdown didn’t go completely to plan. However, Safedem has confirmed these two remaining blocks are stable and are confident the demolition will continue as previously planned.”