The changing fortunes of Scotland’s construction industry are reflected in the latest rankings by a business magazine that reveal improved performances from quarry firms and plant companies but a mixed bag for the civil engineering sector.

The annual Top 500 league table of Scotland’s large companies, compiled by Business Insider, shows the industry was one of the top improvers with latest turnover figures showing a 14% increase to £3.6 billion. The uplift was particularly visible in the quarrying sector where Breedon Aggregates, Barr Holdings, Patersons Quarries and Leiths Group all improved their positions.

Patersons was identified as one of the country’s biggest climbers, rocketing 308 places to number 162 on the back of a year that saw it recover from a £1.45m deficit to a profit of £13.93m thanks to a £14m boost from the disposal of a subsidiary.

Breedon Aggregates Scotland moved up 40 places to 139th as turnover climbed to £107.64m for the year to December 2013 against £80.5m the previous year. Also improving its league standing was Barr Holdings, up to 147th from 171st. (Those positions do not reflect the recent sale of Barr’s quarries arm to Breedon in a £20.8m deal). 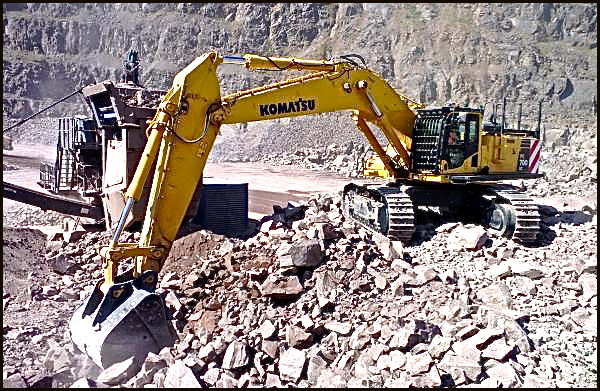 Patersons Quarries was one of the best performers, climbing 308 places.

Quarrying and civil engineering business Leiths gained 24 places to 203rd thanks to a near-£5m hike in turnover to £67.57m and a profit lift of £1.1m. It announced this month it has acquired a ready-mix concrete plant in Peterhead, previously operated by Aggregate Industries and acquired in May 2013 by Breedon.

The news wasn’t so good for Tillicoultry Quarries which tumbled 31 spots to 307th after a drop in profit from £8m to £2.67m on turnover up marginally at £43.83m. Hillhouse Estates, the Troon-based quarrying to forestry to farming business, was a newcomer to the Top 500, coming in at 467th thanks to turnover boosted by almost £6m to just under £30m.

From the plant hire sector, GAP Group led the field by moving into the top 100 for the first time. Its rise to 99 th from 123rd followed a year during which turnover exceeded £118m, an increase of 20%. Also up was QTS, the Strathaven-headquartered rail plant and engineering group, climbing 75 places to 420th on the back of a profits hike to £3.10m from £1.6m, and Caledonian Heritable, the plant hire to pubs business, which moved up 80 places to 262nd.

There were mixed fortunes in the contracting sector with companies such as RJ McLeod and Advance Construction Group climbing the table while others including I&H Brown, Luddon, Dunne Group, Chap Holdings and George Leslie dropped down the rankings. Making their debuts in the 500 were Akela Group (432nd) and Frontline Construction (483rd).

Malcolm Group, with interests ranging from logistics to construction to plant hire, slipped outside the Top 100 to 102nd while in transport TOM Vehicle Rental was up 57 places to 239th and truck retailer AM Phillip reached 292nd.