Road contractors, plant hirers and council highways departments are on high alert as the country experiences its first winter snowfalls.

Local authorities have been outlining their plans to deal with snow, ice, high winds and flooding and to keep Scotland moving in the coming months.

Aberdeen City Council launched its winter maintenance campaign last week and outlined its priorities for the season ahead. Its budget for winter and emergencies is £1.727m although flexibility is built-in to ensure its response can be tailored to match the severity of conditions.

There are 560 miles of roads in the city and almost half are scheduled to be treated before 7.30am, with early morning and standby operations running from November 16 until March 20. The council has 10,000 tonnes of salt in stock and equipment resources include seven dedicated and 14 demountable carriageway gritters, four large tractor gritters, 19 footway tractor gritters and a de-icer applicator tractor.

In Edinburgh, the council said it is “all set” for whatever winter has in store. A spokesman added: “Thousands of tonnes of salt have been stockpiled, gritting lorries have been serviced and tried and tested plans have been reviewed and refreshed to help Edinburgh deal with whatever the weather brings over the coming months.”

A total of 16,000 tonnes of salt has been stockpiled and levels will be monitored throughout the winter and topped up when required. Local farmers have again been engaged to augment the council’s winter weather response by gritting rural routes while contracts are in place with external businesses for additional equipment and staff in extreme conditions.

Tom Lawrie, who farms at Ratho, has assisted the local authority for five years. He said: “We have been helping the council by clearing snow and gritting the less major roads in and around Balerno and Ratho since the winter of 2011/12. Some of the roads we do are hard to get to and narrow and are easier served by tractor than by lorry. The partnership with the council works well as we have the manpower and machinery available at a quieter time of year on the farm.”

The council fleet includes 19 mini-tractors, eight of which will be used for high ground in the south and south west of the city and three city centre routes. The remainder will be distributed across other local routes. 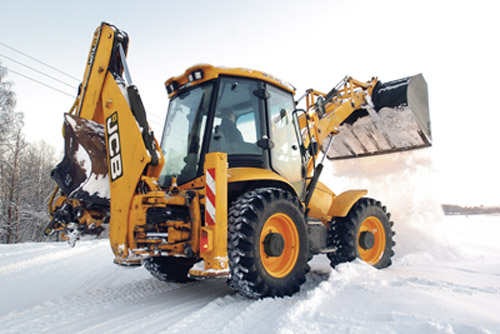 The Highland Council has also confirmed that its gritting service is all prepared. Around 60,000 tonnes of salt are in stock for the start of the main winter season and there are no concerns about future deliveries from its supplier.

The winter fleet includes 105 gritters, 45 footpath tractors and one snow cutter with more than 200 staff providing winter maintenance services. This year the council is replacing some of its winter fleet with 20 new vehicles, the first of which have arrived with the rest expected next month.

The council has responsibility for 6,744km of roads and its current winter roads maintenance budget is £5.22m.

In the Borders, the council has 18,750 tonnes of salt, 48 tractors and 53 gritters ready to respond. A roads department spokesman said: “Mild conditions meant winter resources were not severely tested last year. However, we were put under significant pressure by a series of storms which caused some of the worst flood damage seen in the Borders, including to the road network.”

In South Lanarkshire, salt stocks stand at 35,000 tonnes, five times the amount held six years ago. More than 200 road workers are on call to operate a fleet of 50 gritters, 55 snowploughs, one snow blower, 25 tractors and five loaders.