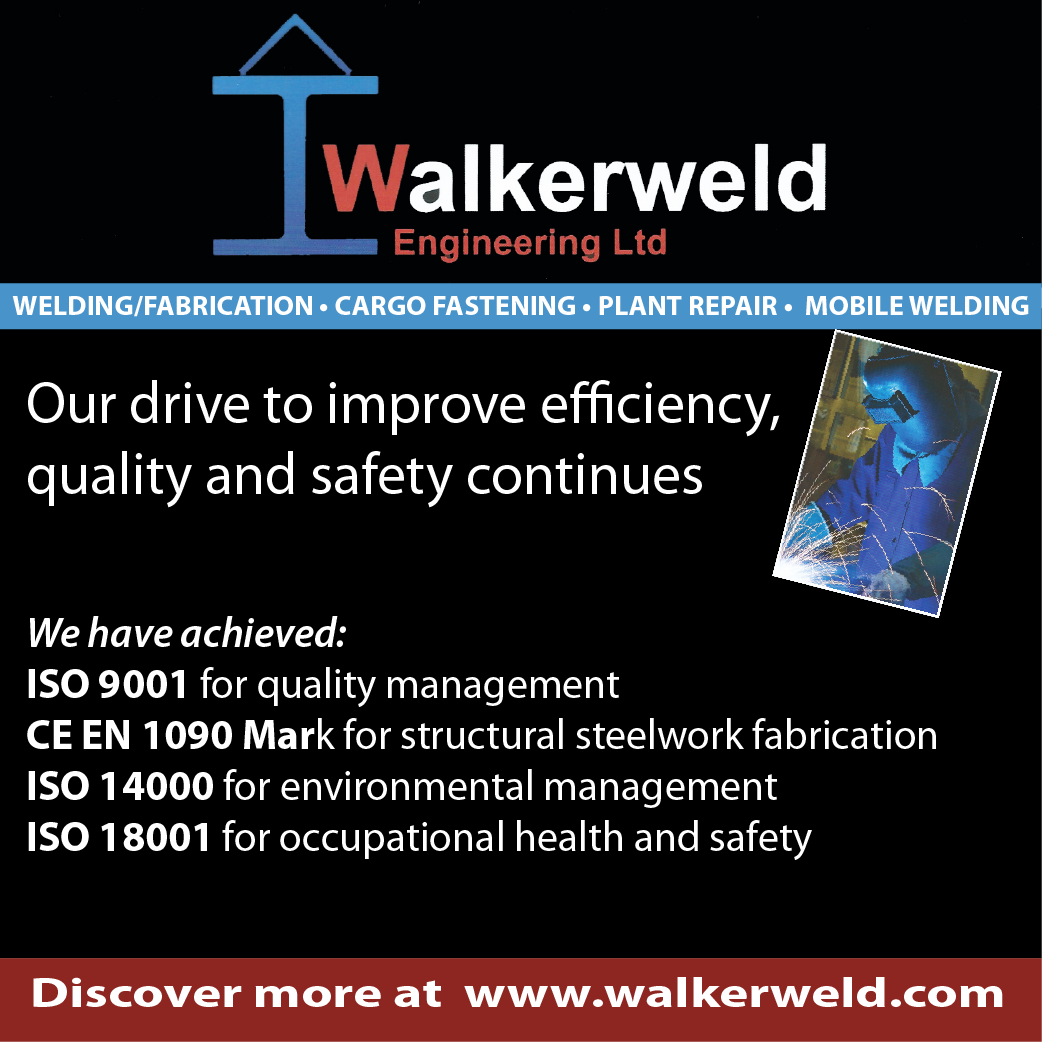 THE brakes have been put on the contract to demolish Aberdeen City Council’s former HQ after asbestos was discovered in some of the window mullions.

Work on the tower at St Nicholas House has slowed but contractor Safedem is pressing ahead elsewhere on the site. The Health and Safety Executive has been informed. 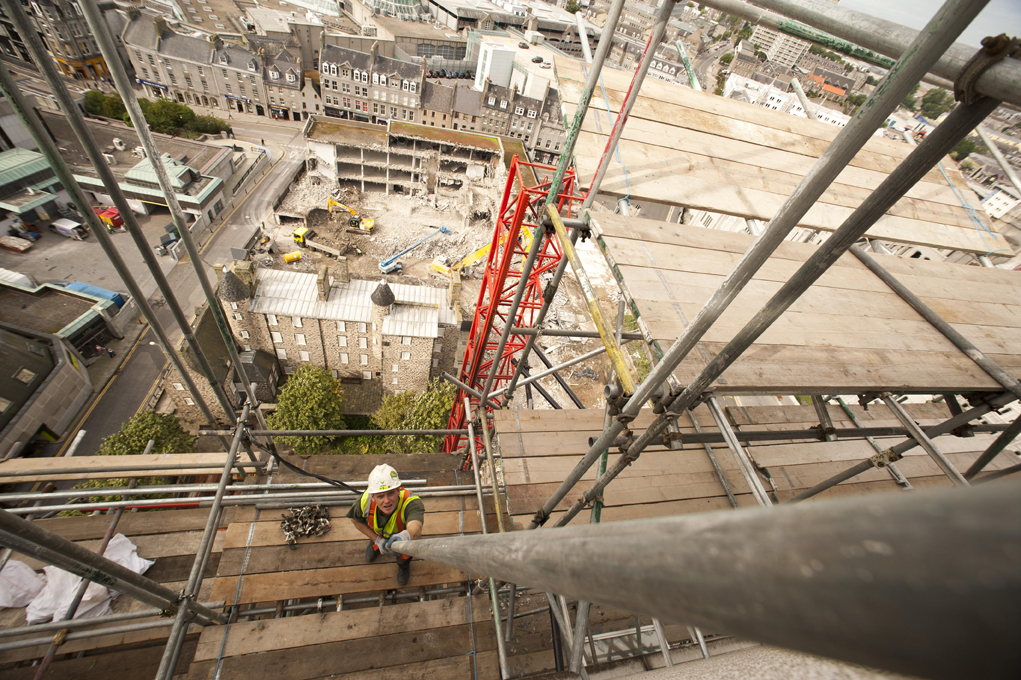 Safedem will concentrate on other parts of the St Nicholas House site.

A council spokesman said: “This discovery was entirely unexpected and could not have been reasonably foreseen. The project team, which has considerable combined experience, has never come across a detail such as has been discovered before.

“The matter is being dealt with competently and professionally by Aberdeen City Council and Safedem Ltd in consultation with the HSE and asbestos removal specialists. There is no risk to public health.”

The subsequent disposal work will delay completion of the tower demolition but the council said there will be no adverse effect on the proposed Marischal Square development and its planned site start.

The Highland Council has awarded a £250,000 contract to Fort William firm Fion Construction for roadworks at Acharacle.

The project involves resurfacing and upgrading a 1km section of single-track road that serves housing on the north side of Loch Shiel. Scheduled to begin on site in late March, the project will take 18 weeks to complete.

The works are intended to improve access when the water level in the loch rises. The current road has several low-lying sections which can make vehicle access impossible.

Also in the Highlands BEAR Scotland is carrying out £90,000 reconstruction works to repair a section of embankment on the A86 Laggan Causeway. It is scheduled to be completed by March 31.The scheme is being undertaken on behalf of Transport Scotland and calls for reconstruction of the previously-failed embankment followed by resurfacing.

BEAR Scotland spokesman Eddie Ross said: “These works will enable us to return the road to its full capacity once again by reopening a section which has been restricted to single lane traffic for the past two years.”

In the frame for rail jobs

Network Rail has awarded framework agreements to cover its programme of civil examinations and assessments for the next five years. All the agreements are zero-sum with a workbank of £300m over the course of the next funding period, known as Control Period 5.

Director of contracts and procurement, Ian Sexton, said: “Monitoring the condition of our infrastructure – including bridges, tunnels, embankments and culverts – is a vital part of keeping Britain’s railways safe. By working with these trusted suppliers over the next five years we can continue to improve and build on the knowledge we have of our network.”

A single-supplier zero-value framework has been agreed with Amey to cover civil examinations across the entire network, with the exception of the London North Western route, which is delivering its examinations programme using in-house teams.

Five zero-value civil assessments frameworks have been agreed to cover each of Network Rail’s routes; in Scotland, it’s with Aecom.

Fit for a Queen

It has unveiled new designs for how the station will look as it begins an initial three-month long process to gain feedback. The project is part of the £650m Edinburgh Glasgow Improvement Programme (EGIP), which will deliver a rolling programme of electrification across the Central Belt over the next five years and beyond see https://www.scottishplant.co.uk/egip-rail-job-moves-closer/

Scotland’s third busiest station with 20 million passengers a year, Queen Street needs to expand to meet predicted growth to 28 million passengers by 2030 and to accommodate the longer trains that will run on key routes in the future. As well as overhauling rail infrastructure and operational capabilities, the redevelopment will transform passenger facilities and improve how the station interacts with the city. 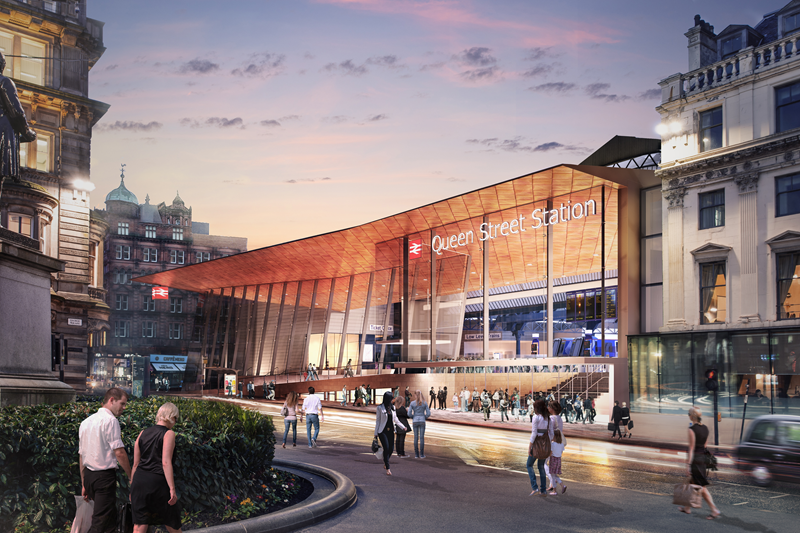 How the finished frontage will look.

Construction is due to begin this year for completion in 2019. Main features are:

♦ Replace the 1960s entrance and the hotel extension above with a 500 sq. metre glass frontage.

The first part of the public consultation will run until May 31 with a second taking place between September and December.

‘Get your bids in’ says Dounreay

Small and medium sized companies are being urged to bid for work at Dounreay.

Site operator DSRL held a supply chain briefing event on February 12 to give an update on site operations over the past 12 months and to highlight future opportunities. The event was fully subscribed with more than 130 delegates from across the country, including existing supply chain members and companies new to nuclear decommissioning.

The event featured presentations from DSRL senior managers and the NDA’s head of programme for Dounreay. It also provided an opportunity for a networking session with commercial representatives and other attendees. 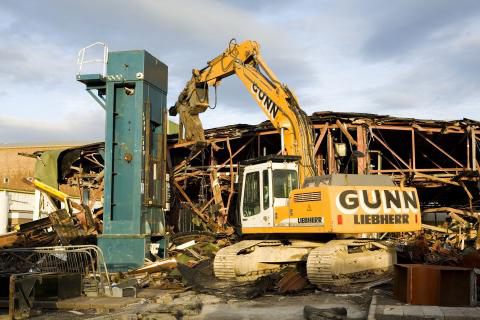 There are still opportunities available at the site.

DSRL head of commercial services Kenneth Linn briefed the supply chain and commented: “We are implementing some key methods and initiatives in order to have a robust and competitive supply chain with the necessary skills, capability and capacity to support the decommissioning of the Dounreay nuclear licensed site to an agreed Interim End State.

“One of our key aims is to improve visibility and access to opportunities for all the supply chain, and particularly for small and medium-sized enterprises.”