Bomag compaction equipment will no longer be available in Scotland from Molson Young Plant Sales. 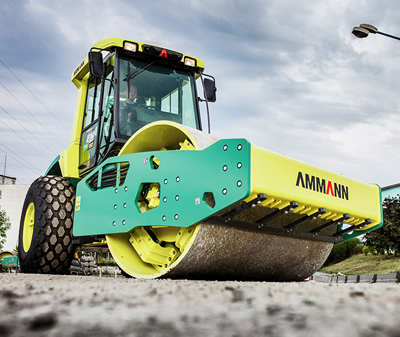 The switch to Ammann allows Molson to offer bigger kit in Scotland.

The multi-franchise dealer has dumped the German manufacturer’s light compaction range after 17 years to switch its allegiance to the Ammann equipment that is already part of Molson Group’s operations in England and Wales. The change will be effective from October 1.

Mark Proudfoot, director at Molson Young Plant Sales, explained: “Being a Bomag dealer since 2003, we have a large number of customers that operate Bomag machines across Scotland. It is important for them to know that although our dealership agreement with Bomag has been terminated, we will continue to support them with any requirements they have to keep their machines running with the same level of care and attention as we always have done.”

He said the addition of Ammann’s products will expand the range to include heavy compaction equipment and added:. “…I am sure that the Ammann range will prove as popular in Scotland as it has with our customers in England and Wales.” 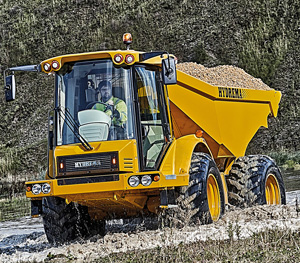 Molson Young last week announced it had secured distribution rights to Hydrema dumptrucks throughout Scotland “adding yet another market-leading brand”. In fact, Young Plant Sales had previously held the  distribution rights in Scotland for a number of  years prior to its acquisition by Molson Group.

The return of the trucks to the Doune-based dealer is said to complete Molson Young’s dumping options; it already distributes Thwaites forward tipping site dumpers and Terex Trucks articulated vehicles.

In 2015, Scot-JCB withdrew from a deal to distribute the Danish trucks just days after a tie-up had been revealed. At the time, Hydrema UK sales director Tim Wadsworth told Scottish Plant: “We are absolutely delighted that a company with the reputation of Scot-JCB will be representing us in Scotland. We have carried out initial sales training and the Scot-JCB sales team seem really enthusiastic to be selling Hydrema.”

Days later the deal was dead with Scot-JCB announcing: “In the current climate it was felt that maximum focus needs to be given to our existing product ranges.”