Milestones at EGIP and Borders

A £250m package of work for the Edinburgh-Glasgow Improvement Programme (EGIP) has been awarded to Costain and Morgan Sindall. 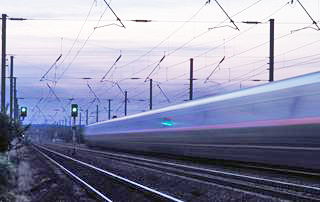 Electrification is due for completion 2016.

Network Rail and its contractors will electrify the main line between the two cities, complete route clearance works at Winchburgh Tunnel, carry out rail infrastructure works at Glasgow Queen Street and Edinburgh Waverley stations and extend platforms at Croy, Falkirk High, Polmont and Linlithgow. Piling for the foundations needed to erect the overhead power lines has started and is expected to be completed next summer.

A Scottish Government-funded investment worth £742m, EGIP is a rolling programme of electrification across the central belt to reduce ing journey times and boosting capacity on routes including the Edinburgh-Glasgow Queen Street (via Falkirk High) line.

Network Rail will complete the electrification works in 2016 and that phase of the programme will be complemented by construction of a new interchange station at Gogar and later by the redevelopment of Glasgow Queen Street station.

Rodger Querns, Network Rail programme director for the scheme, said: “EGIP is a unique chance to modernise and enhance our railway and transform rail services across the central belt. It is transformational in its scope and scale and will herald a step-change in the nature of our railway infrastructure, its resilience and reliability.”

The package of works now getting underway builds on the completion of the £80m electrification of the Cumbernauld line and the £25m redevelopment of Edinburgh’s Haymarket station. 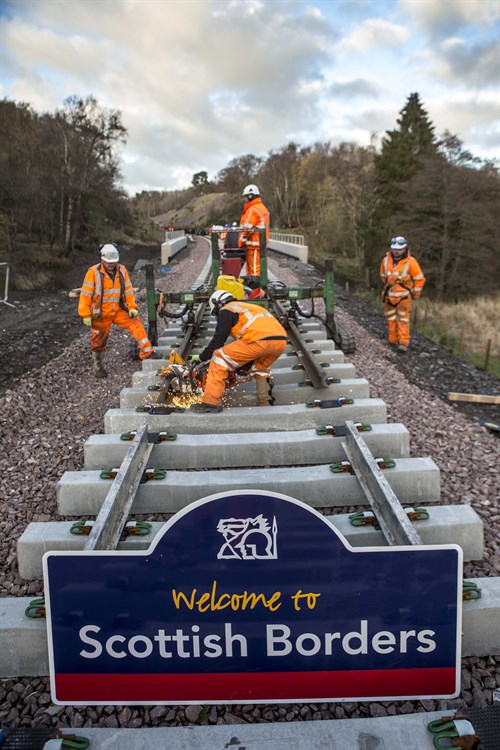 Elsewhere, rails for the Borders Railway crossed into the Borders for the first time in 45 years as the installation team continued its progress (right) down the 30-mile route.

It marked completion of the installation process through Midlothian and the rail is now being used to transport engineering equipment. First vehicles to use section are specialist trains involved in completing the track laying, installing ballast and tamping the ballast under the rail and sleepers. It will continue its journey south through the Borders to reach Tweedbank towards the end of December.