‘Diesel theft will be the new growth industry’

The construction industry’s worst fears were confirmed today when Chancellor Rishi Sunak ignored the pleas of plant owners and contractors and announced that the rebate on red diesel will be scrapped by 2022.

Ahead of the Budget, Scotland’s civils contractors had warned that axing the rebate would be “a devastating blow” while the Scottish Plant Owners Association (SPOA) said it could lead to an increase in fuel theft and further erode already tight margins.

Losing the subsidy in 2022 means plant owners and construction equipment users will have to pay the full price for diesel; currently red diesel has a duty of 11.1 pence per litre compared with 57.7 pence for the standard fuel. However, farmers and rail operators will continue to benefit from the subsidy.

Accepting the news with “dismay and great disappointment” SPOA president Mark Anderson said the only positive was that there would be a consultative approach with industry before the rebate is removed.

He also questioned how Government would stop those involved in farming putting machines on construction sites and gaining a competitive advantage. He asked the Chancellor: “Are you aware of the crossover between farming and the plant hire industry in the UK?”

Alasdair Reisner, chief executive of the Civil Engineering Contractors Association (CECA), said the decision was not as bad as it could have been but two years [until the cut] was not long for firms on long-term frameworks with fixed pricing.

Commenting on Twitter, he added: “Suspect that some firms will still come under pressure unless public and regulated clients are willing to accept cost increases.” And echoing the concerns of the SPOA, he predicted that diesel theft will be “the new growth industry” from 2022. 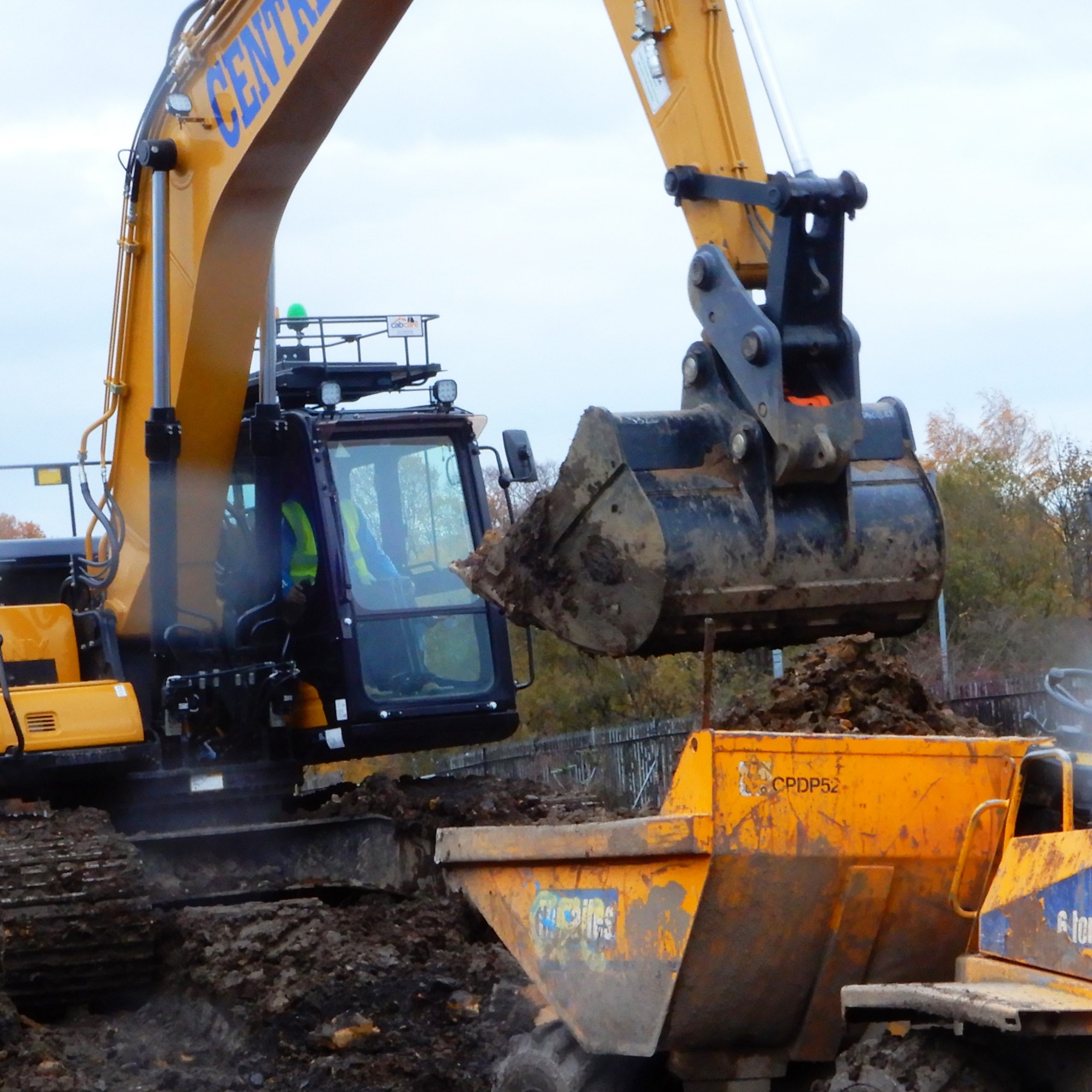 Plant will be an easy target for fuel thieves.

CECA‘s director of external affairs, Marie-Claude Hemming, added: “For many of our members, there are no readily available low-carbon fuels or construction plant that use alternative sources of energy and the impact of increased fuel costs will ultimately be passed on to customers.

“This change will also lead to a significant escalation in fuel theft as there will be no way of distinguishing between gas oil and diesel used by road vehicles and it is likely criminals will seek out construction plant as an easy target.”

Elsewhere, Rob Oliver, chief executive of the Construction Equipment Association, commented: “The Chancellor was entirely selective with his statistics in suggesting that off-road red diesel users were responsible for 10% of air pollutants. Ironically, motor vehicles, as the much bigger polluters, will face no tax hike and drivers will continue to pay about 10% less for their fuel compared to the start of the year.

Kevin Minton, chief executive of the Construction Plant-hire Association, responded: “Abolishing the tax relief on red diesel will undermine the government’s own plans, add unnecessary cost to projects and create doubt for many plant hire companies already operating in a highly competitive industry.

“At a time when business investment remains weak, this move will undermine the construction sector at the point when it is meant to be upskilling, investing in new technology and planning for the future,” he said.