The directors of a Scottish demolition contractor that went into liquidation in 2015 made a “cynical attempt” to take money that was due to creditors.

An investigation into George Hunter (Demolishers) Ltd by the Insolvency Service found they had allowed the company to continue to incur liabilities when they knew a petition to wind up the company was before the court. 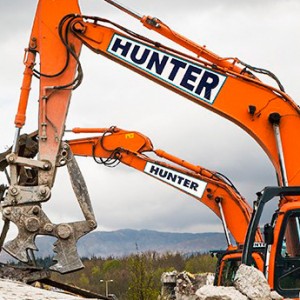 The award-winning Glasgow contractor was placed into liquidation (see story here) with an estimated deficiency to creditors of £1.75m but the investigation by the Insolvency Service revealed the directors had caused or allowed the company to trade to their own benefit and incur further liabilities to the risk and detriment of creditors in full knowledge that HMRC had presented a winding up petition to court in January 2015 and the company’s liquidation in April the same year.

Rob Clarke, head of insolvent investigations North, part of the Insolvency Service, said: “This was a cynical attempt by the directors, in the clear knowledge that their company was insolvent, to extract money that should have been paid to other creditors.

“The Insolvency Service will take robust action against this sort of misconduct which is a clear abuse of limited liability.”

Hunter won the World Demolition Contract of the Year award in 2013 for its work in taking down the former Bank of Scotland building at Queen Street in Glasgow city centre.

• act as a director of a company

• take part, directly or indirectly, in the promotion, formation or management of a company or limited liability partnership

• be a receiver of a company’s property.