First Minister Nicola Sturgeon has defended Scotland’s hard line on construction site closures and told a Tory minister: “You can’t bring the dead back to life.”

While Scotland, Wales and the Mayor of London have advised non-essential building work to stop, Westminster is encouraging contractors to keep their sites open. In an open letter to “everyone working in the UK’s construction sector” business secretary Alok Sharma said building workers could continue to travel to work. 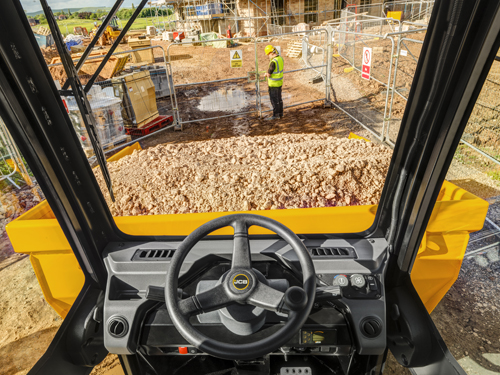 Sites across Scotland have been closed down.

There has been confusion north of the border with some English companies ignoring the Scottish Parliament’s instruction and following advice from the UK Government and Public Health England that operations can continue. Kier Construction remains on site in Glasgow with its high-profile contract for the multi-million pound refurbishment of the world-famous Burrell art gallery and museum. Elsewhere, Balfour Beatty is continuing to work on road projects for Transport Scotland despite reported concerns by workers over health and safety measures.

Kier said it had reduced the number of workers at the Burrell job and reviewed its sites to comply with operating procedures “which are based on the UK Government’s instructions”.

The Unite trade union said it had been inundated by reports that Balfour Beatty workers were continuing to turn up for work at non-essential sites and travelling by public transport or shared vehicles to comply with employer requests or face losing wages. Regional industrial officer David McGurk, said: “Unite has been informed that Balfour Beatty continues on non-essential maintenance works for Transport Scotland.

“We have been told that one manager said that it was ‘business as usual’ which our members find absolutely shocking.” He claimed workers were sharing welfare facilities, changing rooms and sharing vans, making it impossible to respect the two-metre social distancing rules.

He added: “While we understand the need for emergency cover and essential repairs, the carrying out of graffiti removal, cutting short grass and carrying out other non-essential duties is reckless and dangerous in the fight against Covid-19. We call on Transport Scotland and Balfour Beatty to cease this work immediately and that the workers be put on full pay.”

Speaking at the Scottish Government’s daily briefing yesterday, Nicola Sturgeon said: “I don’t underestimate the impact of restricting people’s liberties in the way that we are doing right now, but all of these things, however difficult, we can repair and get back to normal.

“What we can’t do is bring people back to life. And that’s why the absolute focus here must be on reducing, as far as we possibly can, the numbers of people who die from this virus.”

The First Minister was speaking after Scotland Office minister Douglas Ross had queried why sites in Scotland were being told to close when sites in the south remained open.

Industry charity the Lighthouse Club has launched a crisis appeal to help workers affected by Covid-19.

“In an industry where two workers take their own life every single working day and where stress, depression and anxiety account for a fifth of all work-related illness, we are already seeing a devastating impact on the people that keep our infrastructure going, build our energy plants, our homes and places of work,” it said.

The charity, which is dedicated to the health and wellbeing of construction workers and their families in the UK and Ireland, relies heavily on event income to fund its 24/7 helpline but says the pandemic has “decimated” its national and regional events.

CEO Bill Hill said: “As a result of the coronavirus pandemic the calls to our construction industry helpline are currently increasing by over 25% a week. Many of the calls received are from self-employed tradesmen, agency staff or workers on zero hour contracts who cope from week to week. They are often only one or two paydays away from poverty. They need our help to feed their families and to pay their bills for heating and lighting.”

No money raised for the crisis fund will be diverted to charity overheads and every penny will reach the people that need it.

The Lighthouse Club provides financial and emotional support to the construction community and their families who have suffered an injury, long-term illness or just need some extra support. The helpline helps give access to a range of free and confidential support services including emergency financial, welfare and mental wellbeing, and legal, tax and debt management matters.