Progress on the country’s transport network has accelerated again as civil engineers reach milestones on major road and rail schemes.

On the rails, new transport minister Humza Yousaf has been on site to see progress on the £60m Queen Street project, the largest engineering work on the Edinburgh-Glasgow railway since it was built in the 1840s.

Since the high level station closed to trains on March 20, more than 2,100 workers have been renewing track through the tunnel, lengthening and rebuilding platforms and track layouts. 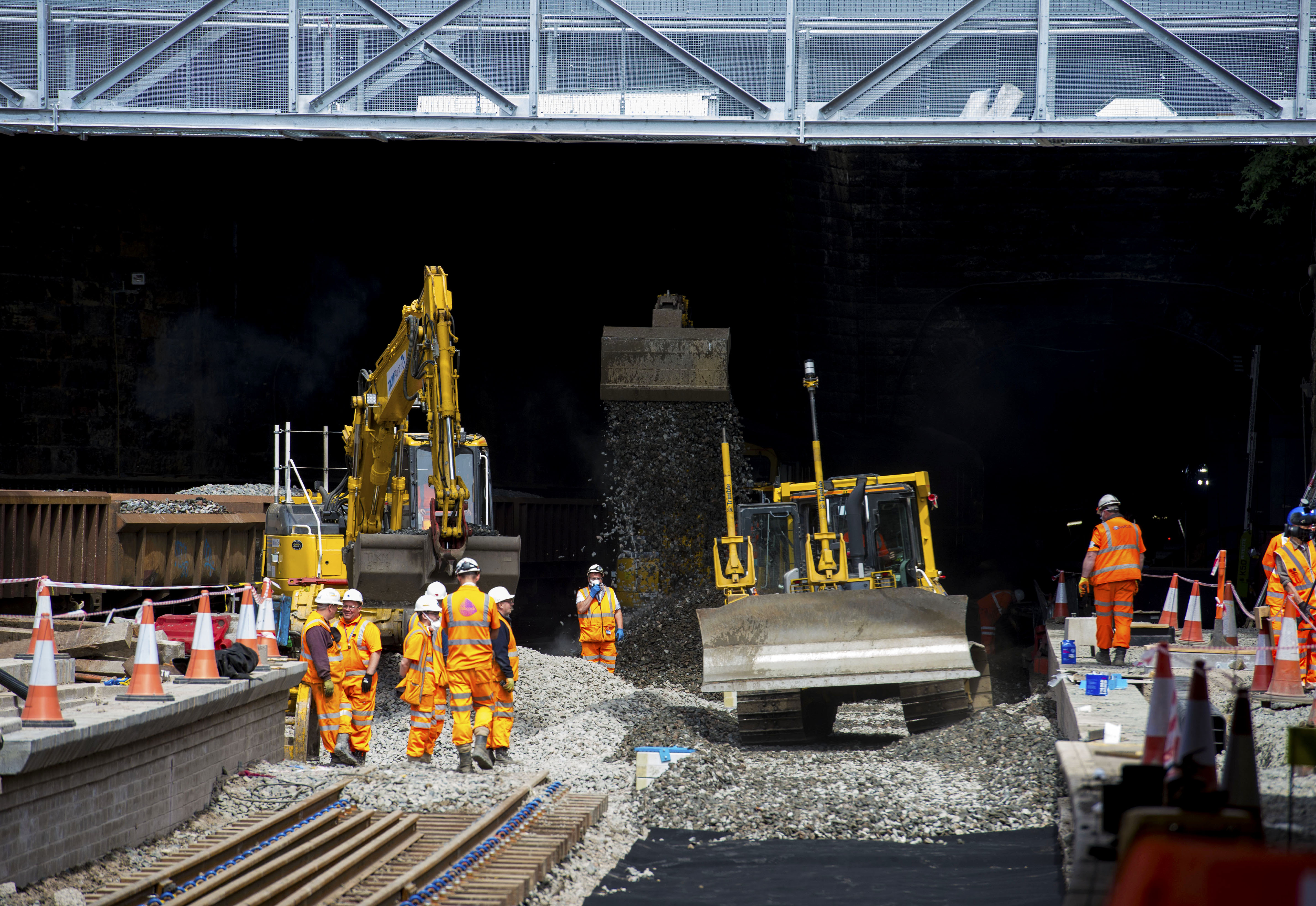 Slab being laid at Queen Street as work eases past the halfway mark.

The tunnel renewal is part of the programme to electrify the main Edinburgh-Glasgow line. Click here for video

On the roads, a ground investigation contract worth nearly £1m has been awarded to Soil Engineering Geoservices Ltd for work on the 8.5 km Tomatin to Moy section of the A9. It’s expected to begin next month and take around seven weeks. It will be the first of a series of ground investigations to be carried out across the dualling programme this summer as design continues to identify preferred routes. 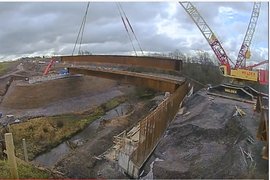 On the £500m job to improve the central belt motorway network, a 1,350-tonne crawler crane, one of the biggest in Europe, was brought to site by a fleet of 33 HGVs and assembled on site over five days with the help of 750- and 200-tonne cranes. The Liebherr LR1350 is owned by Inverness lifting specialist Weldex and was used on construction of the North Calder Water bridge to lift nine pairs of three-metre high steel beams, around 77 metres long and weighing almost 2,000 tonnes.

At 77.25 metres the structure is one of the widest of the project and placing the beams was described as “a significant milestone”. Click here for video