It’s a new company but the face remains the same…for now.

Peter Yarwood, one of Scotland’s longest-established breaker and attachments specialists, has concluded a series of transactions that will pave the way for a gradual exit from the business. He will leave behind a new company bearing his name but with a successor in place.

Henry Brain joined the company in January and the pair have agreed a strategy that will allow him to invest in the business as Yarwood edges towards retirement. 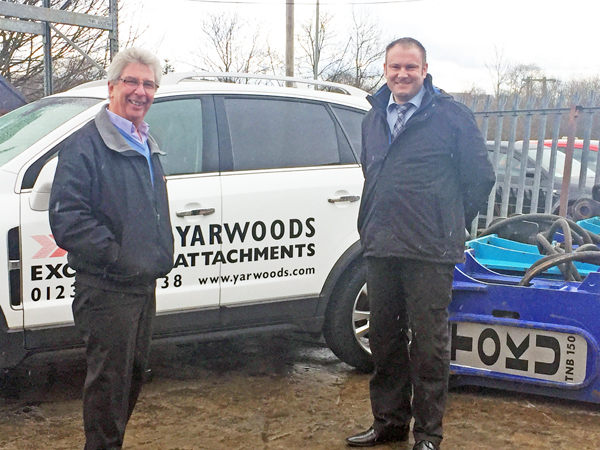 “Henry came to us with over 15 years of experience in the attachments market, having worked for Auger Torque and Kinshofer, and he has a long-term connection with Peter Yarwood Ltd and many of our customers,” said Yarwood.

Brain was keen to invest but the structure of the existing company made such an arrangement difficult. The answer was for the pair to form a new company and so it was that Yarwoods Excavator Attachments Ltd started trading last month with Brain as managing director. Yarwood explained: “I continue to be the majority shareholder and will continue working in the business that I have been so committed to since 1982 but over the next five years Henry will buy out my shares.”

All staff have now transferred to the new company and Yarwood is in the process of realising the value of Peter Yarwood Ltd, “for my pension”, as he put it. The business continues to operate from the central depots in Airdrie and Barnsley and all contact details remain unchanged. 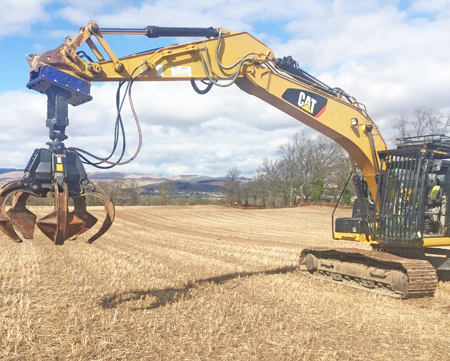 Five-tine scrap grabs are among new additions to the line-up.

He continued: “Yarwoods Excavator Attachments Ltd has secured the full support of our Toku, Kinshofer and Demarec franchises as well as our key stakeholders who recognise that new blood is needed to allow the business to grow. We are working hard on our plans for the future; we have already added a range of pile croppers and five-tine scrap grabs to the hire fleet and we will announce a new UK distributorship at the ScotPlant exhibition next month.”

And he concluded: “I want to take the opportunity to sincerely thank all our loyal customers for their previous support for me personally and I now look forward to their continued support for Henry and I and our exciting future as Yarwoods Excavator Attachments.”