Banks Mining has been praised by an MSP for prioritising local firms in the supply chain for its operations at the Rusha surface mine in West Lothian.

Livingston SMP Hannah Bardell was speaking after visiting the site where Banks has been working since 2012 on a seven-year extraction programme. It recently revealed it is spending nearly £4m a year with central belt suppliers. 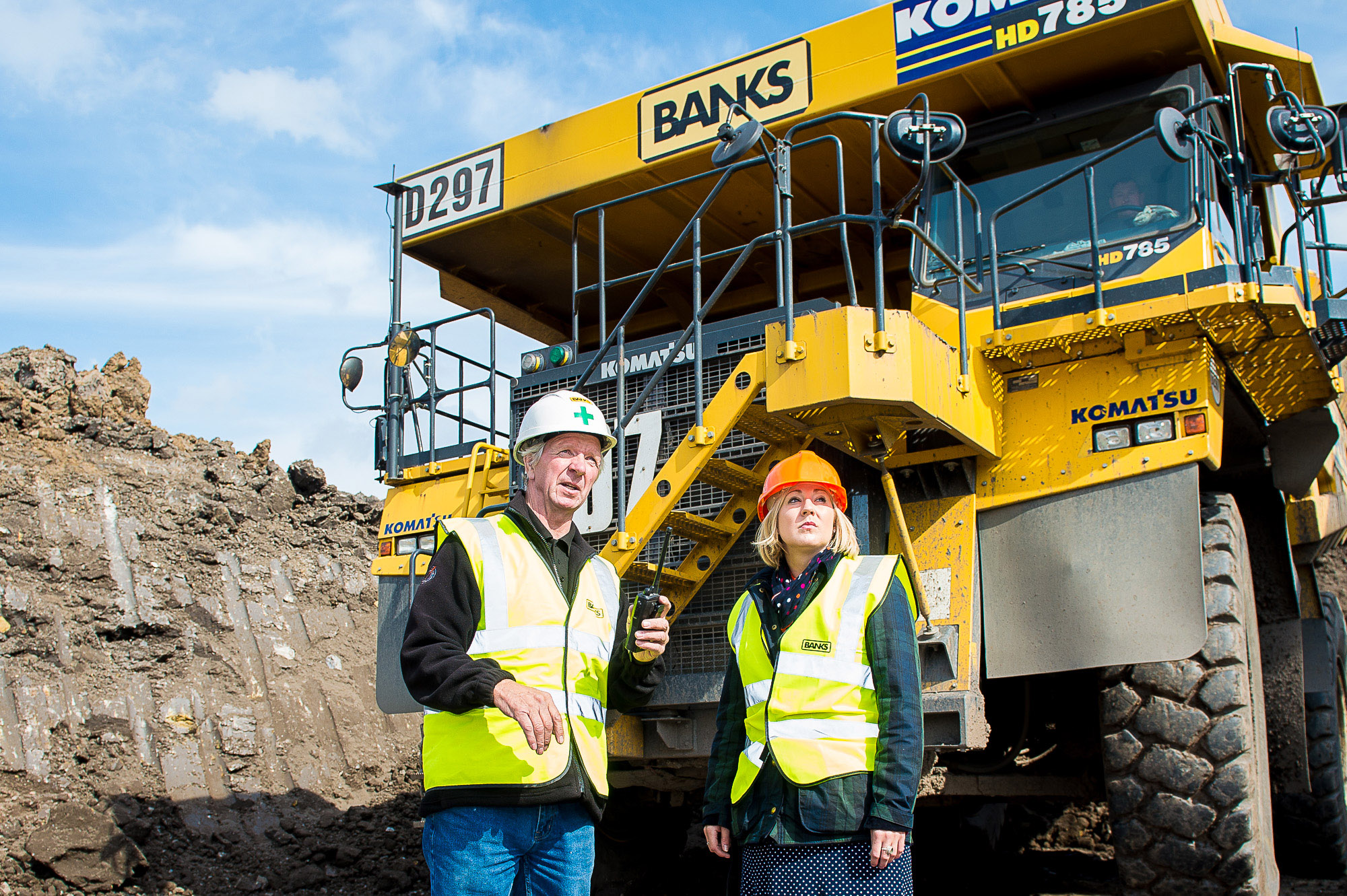 The MSP on tour with Rusha site manager Ian Ritchie.

Bardell said: “When the surface mine was in planning concerns were raised in the local area and I am pleased that Banks Mining have addressed those concerns and will also restore the site back for the benefit of the region. The local community continue to monitor the level of traffic and I’m confident Banks are listening.

“However by going the extra mile, through measures to minimise dust and debris leaving the site, as well as closely monitoring traffic and noise levels leaving the mine, Rusha has proven itself to be a responsible neighbour.”

Local councillor Greg McCarra added: “When the initial plans were put forward for the surface mine I was hesitant to give my backing, however extra care taken on the site and the positive impact on the local economy has resulted in it being an over-all positive addition to our region.”