A contractor is expected to be announced in the first half of next year for the £7m demolition of the oldest nuclear reactor at Dounreay.

The contract notice will be published in the Official Journal of the European Union for a job that’s expected to last three years. The successful bidder will tackle almost 600 tonnes of steelwork standing on 25-metre diameter foundations on the Caithness site. 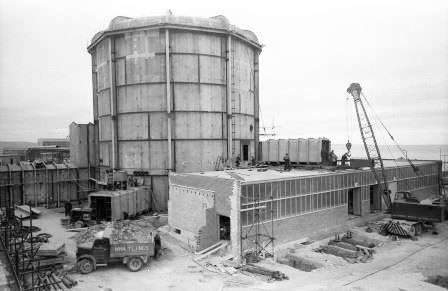 Companies will bid to demolish the iconic Dounreay Materials Test Reactor (DMTR) that became Scotland’s first operational reactor in 1958. It tested the effects of irradiation on metals and was the only reactor on the site to use heavy water instead of liquid metal as a coolant.

Fuel was removed soon after it shut down in 1969 and much of the surrounding infrastructure such as cooling towers, emergency control room and pipework have been cleared out and demolished. The last support building is due to be dismantled by the end of the year.