Construction work for up to 30 years is on the cards after outline planning approval for a new masterplan to continue regeneration of the former Ravenscraig steelworks in Lanarkshire, one of the largest brownfield sites in Europe.

Nick Davies, director of Ravenscraig Ltd, described the approval as “a momentous decision” that will unlock site’s potential and help attract further investment.

He added: “This represents the beginning of the next phase of regeneration at Ravenscraig. With planning approval now granted, we will move forward with our ambitious plans to further transform the site…” 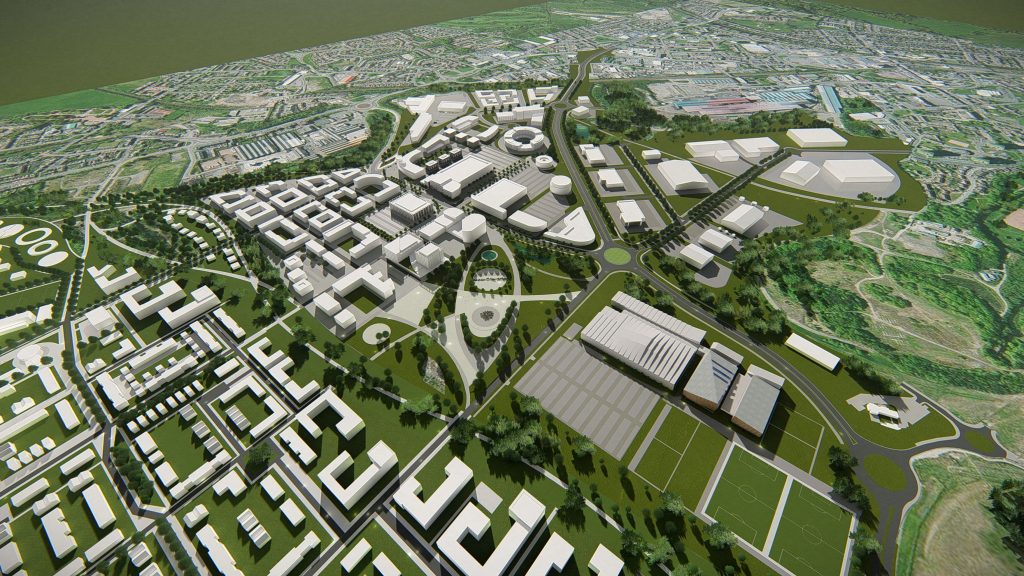 The new masterplan has been given the thumbs-up.

The planning decision comes just weeks after initial works began on a £3.7m public park and follows North Lanarkshire Council’s announcement of a £190m roads programme to boost the regeneration programme. Part of the Glasgow City Region City Deal, it is the biggest single roads and infrastructure investment in North Lanarkshire’s history, with construction expected to begin later in the year.

Since 2006, a number of projects have been developed on the huge steelworks site. Hundreds of homes have been built, there is a college campus and regional sports facility, as well as a hotel and pub/restaurant.