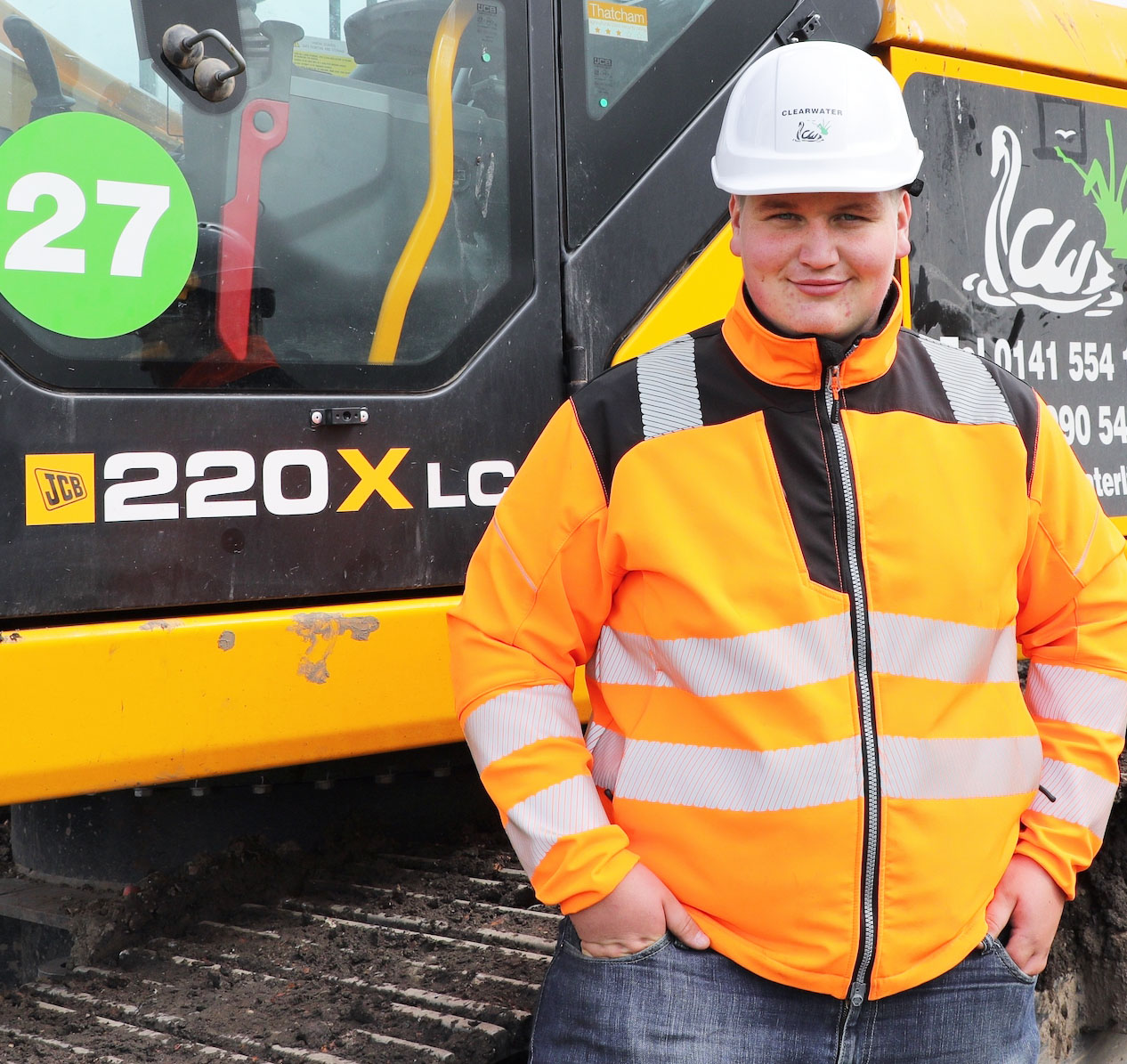 Blair Hughes works for Glasgow-based Clearwater Group where his father Graeme is contracts manager and has responsibility for the company’s new JCB 220X, one of the first in Scotland.

The teenager joined Clearwater straight from school and has CPCS tickets for excavators, ADTs, wheeled excavators and forklifts. And the verdict on his new ‘seat’?  “The JCB 220X is the best machine I have driven, it is the smoothest, has the most power and the comfiest cab ever. If I was spending my own money on an excavator, this is what I would buy.”

Blair has been using the machine at a landfill site near Grangemouth where it is carrying out a range of heavy excavation and loading duties. It was supplied by dealer Scot JCB.

Dad Graeme said: “Blair has followed my footsteps into the industry and I’m proud to see what he has achieved in such a short space of time. It is testament to his skills and commitment that he has been welcomed and retained on site by customers at such an early stage of his career.”

He added: “From the outset we were impressed with the look of the machine and it has not disappointed. Loading cycle times are significantly quicker than previous models and it is proving extremely reliable despite being worked hard.” 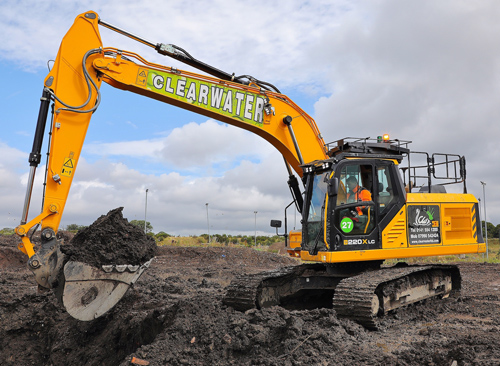 That performance has prompted Clearwater to order a second 220X as part of a JCB package that also includes a 175W wheeled excavator with high-rise cab and a 531-70 Loadall telehandler.

Clearwater is a leading UK waste management operator and is also involved in plant hire and civil engineering.